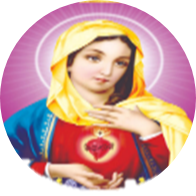 The Right To Information Act 2005 was passed by the Parliament on 15th June 2005. The Act mandates that organizations defined as "Public Authorities" are obliged to provide information to the public and create necessary arrangements in order to promote transparency and accountability in the working of every public authority. The National Assessment and Accreditation Council (NAAC) has been declared as a "Public Authority" under the Act. Implementation of 'The Right to Information Act, 2005' The Right to Information Act, 2005 (22 of 2005) has been enacted by the Parliament and has come into force from 15 June, 2005. This Act provides for right to information for citizens to secure access to information under the control of public authorities. All Universities and Colleges established by law made by Parliament or by State Legislature or by notification by the appropriate Government or owned, controlled or substantially financed directly or indirectly by funds provided by the Government shall come within the meaning of a Public Authority under this Act. Whereas, some provisions of this act have come into effect immediately on its enactment (that is on 15 June 2005), other provisions shall come into effect on 100 / 120 days of its enactment. In pursuance of the Right to Information Act 2005, an officer has been designated as Public Information Officer (PIO) and he shall perform the duties and responsibilities as envisaged under the act without fail. Necessary steps for implementation of various provisions including proactive disclosure of certain kind of information. Such information shall be made available to the public at large through the website. The addresses of our office and organization structure are available on the website www.naac.gov.in.